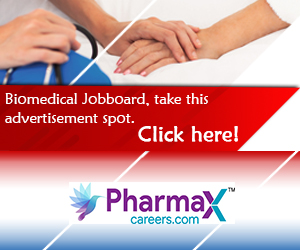 Tasso, a Seattle-based startup that is developing an at-home blood sample collection device, announced Tuesday it has raised $6.1 million from investors. The new money will support its effort to launch sales of the device, Tasso OnDemand, in the coming months, and to add staff, Tasso says.

Vertical Venture Partners, a Silicon Valley-based investment fund, led the funding round, Tasso says. Other participants included Techstars and Cedars-Sinai, a Los Angeles-based network of hospitals and clinics; the two organizations run an accelerator program for healthcare-focused startups, which Tasso participated in two years ago.

Tasso’s vision involves having patients self-collect blood samples using the company’s device, rather than going to a clinic to have a phlebotomist draw their blood. Tasso’s funding announcement didn’t mention whether it’s seeking FDA clearance to begin marketing the device in the U.S. We’ve reached out to the company for comment.

Tasso OnDemand, which is approximately the size of a small stack of poker chips, is designed to stick to a patient’s upper arm and collect a blood sample in about two minutes, the startup says. When the patient presses a button on the device, it begins drawing blood and depositing it into an attached tube. The device has a set of tiny needles that penetrate a couple of millimeters deep into the skin, and uses proprietary microfluidics technology to suck the blood through the device and into the tube. After a draw is complete, the patient can remove the tube and mail it to a laboratory for analysis.

Tasso was founded in 2012 in Madison, WI. The startup’s three co-founders all completed graduate coursework in biomedical engineering at the University of Wisconsin-Madison. Tasso moved its headquarters to Seattle in 2015, not long after Xconomy reported on the company and its partnership with Pleasanton, CA-based GenTegra. (At that time, Tasso’s flagship device was known as HemoLink.)

Research and development work on Tasso OnDemand, which the startup says it expects to begin selling by the end of June, has been supported by $13.1 million of grant funding, Tasso says. Its backers have included the National Institutes of Health and two agencies within the U.S. Department of Defense: the Defense Advanced Research Projects Agency and the Defense Threat Reduction Agency.

Other companies developing new devices for collecting blood samples and other biological fluids include Cambridge, MA-based Seventh Sense Biosystems and Athelas, which is headquartered in Mountain View, CA.

By Tasso-Gets-$6M-For-Device-That-Lets-Users-Self-Collect-Blood-Samples from original article, published 4 year ago